What you should know about UM Motorcycles

UM Motorcycles was established in early 2000’s as a result of Mr. Octavio Villegas Llano’s entrepreneurial vision. The brand shares a rich American heritage and since its inception has been constantly innovating and creating machines that provide exceptional transportation to consumers. With state-of-the-art technology and a keen eye for design, UM Motorcycles provides machines to face every kerb on the road, creating the perfect amalgamation of key innovations, power, aesthetics and performance.

UM International LLC and Lohia Auto joined hands in September 2014 to form UM Lohia Two Wheelers Pvt Ltd (UML). The aim of the joint venture is to revolutionize the Indian auto industry, and change the dynamics of transportation by brining technologically advanced machines that will suit the discerning tastes of Indian consumers. The two brands have combined their synergies to produce vehicles that will raise the ante in the Indian automobile industry, enabling consumers to reap benefits along with setting new benchmarks.

The Renegade Commando is the flagship product in the UM portfolio. Targeted towards the nomadic wanderer, the Commando is the machine for those who like to explore unchartered territories, going beyond conventional norms and breaking stereotypes. It is for those who know that fear is good, good to survive, and moreover it is this fear that helps humans feel alive.With muscular looks, an assertive stance and retro styling, the Renegade Commando exudes an old world charm that makes this mean machine stand out from the rest of the crowd. This is the Renegade that's favours the odds, this Renegade commands respect.

The Renegade Sports S is aimed for the urban tourers. It is a machine for those who precariously balance their wild side along with blending in and staying in the shadows of conventional norms. It is for those who live their passion to the fullest, and juggle multiple acts without breaking into a sweat.With its subtle design lines, aggressive stance and dual tone colour scheme, the Sports S is reflective of the dual character of its rider the one who stands out from the crowd on a sunny day, and the one who shines the brightest on a dark night. This urban tourer is for the wolves who are mistaken to be underdogs. 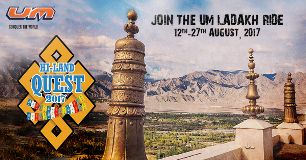 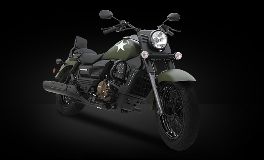 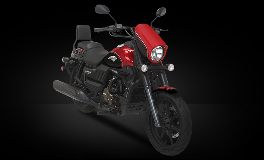 Payment methods we use:

Do you own a business?
We help you grow it

Get more clients, visibility and branding.
Let us help you achieve your targets and improve your business.